If you were satiated with the beauty of the Southern Coast of Crimea, then, undoubtly, you will like unusual, little bit severe beauty of Balaklava, the unigue bay, which once served as a refuge of pirates.

The fortress of Cimbalo is a hallmark of Balaklava. Genoese Cembalo Fortress was built in the period from 1357 to 1433. Here the Genoese established trading posts and built a fortress that dominates the height of the entire bay and named it Chembalo.

You can have a rest in the fish restaurant and then visit the Naval museum of Cold War. The facility is currently open to the public, and incorporates a museum dedicated to the Crimean War of 1853-1856.

Balaklava (Ukrainian: ??????á??, Russian: ??????á??, Crimean Tatar: Bal?qlava) is a former city on the Crimean Peninsula and part of thecity of Sevastopol. It was a city in its own right until 1957 when it was formally incorporated into the municipal borders of Sevastopol by theSoviet government. It also is an administrative center of Bakalava Raion that used to be part of the Crimean Oblast before it was transferred to Sevastopol Municipality.

Balaklava has changed hands many times during its history. A settlement at its present location was originally founded under the name of Symbolon (Συμβολον) by the Ancient Greeks, for whom it was an important commercial city.

During the Middle Ages, it was controlled by the Byzantine Empire and then by the Genoese who conquered it in 1365. The Byzantines called the town Yamboli and the Genoese named it Cembalo. The Genoese built a large trading empire in both the Mediterranean and the Black Sea, buying slavesin Eastern Europe and shipping them to Egypt via the Crimea, a lucrative market hotly contested with by the Venetians.

The ruins of a Genoese fortress positioned high on a clifftop above the entrance to the Balaklava Inlet are a popular tourist attraction and have recently become the stage for a Medieval festival. The fortress is a subject of Mickiewicz's penultimate poem in his 1825 cycle of Crimean Sonnets.

In 1475 the growing Ottoman Empire took possession of Balaklava; the name is sometimes said to be from a Turkish Bal?klava "(good) fishing ground," but the former Greek name Palakion is a more probable origin.

During the Russo-Turkish War, 1768-1774, the Russian troops conquered Crimea in 1771. Thirteen years later, Crimea was definitively annexed by the Russian Empire. After that, Crimean Tatar and Turkish population was replaced by Greeks from the Archipelago. In 1787 the city was visited by Catherine the Great.

The town became famous for the Battle of Balaklava during the Crimean War thanks to the suicidalCharge of the Light Brigade, a British cavalry charge due to a misunderstanding sent up a valley strongly held on three sides by the Russians, in which about 250 men were killed or wounded, and over 400 horses lost, effectively reducing the size of the mounted brigade by two thirds and destroying some of the finest light cavalry in the world to no military purpose. The British poet Alfred, Lord Tennyson immortalized the battle in verse in his Charge of the Light Brigade

The balaclava, a tight knitted garment covering the whole head and neck with holes for the eyes and mouth, also takes its name from this settlement, where soldiers first wore them. Also numerous towns founded in English-speaking countries in later parts of the 19th Century were named "Balaklava" (see Balaklava (disambiguation)).

During the Second World War, Balaklava was the southernmost point in the Soviet-German lines.

In 1954 Balaklava, together with the whole Crimea, passed from Russia to Ukraine. It became part of the independent state of Ukraine in 1991. Today there are over 50 monuments in the town dedicated to the remembrance of military valour in past wars, including the Great Patriotic War, the Crimean War and the Russian Civil War.

In 2014, due to the 2014 Crimean crisis, Balaklava, along with the rest of the Crimea, was annexed by the Russian Federation.

One of the monuments is an underground, formerly classified submarine base that was operational until 1993. The base was said to be virtually indestructible and designed to survive a direct atomic impact. During that period, Balaklava was one of the most secret residential areas in the Soviet Union. Almost the entire population of Balaklava at one time worked at the base; even family members could not visit the town of Balaklava without a good reason and proper identification. The base remained operational after the collapse of the Soviet Union in 1991 until 1993 when the decommissioning process started. This process saw the removal of the warheads and low-yield torpedoes. In 1996, the last Russian submarine left the base. The base has since been opened to the public as the Naval museum complex Balaklava. 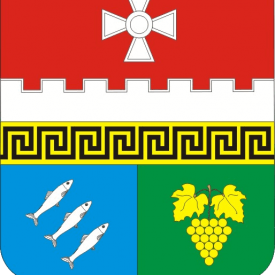