(Ukrainian: ????? ????, Novyi Svit; Russian: ?????? ????, Novyy Svet; Crimean Tatar: Nov?y Svet; literally: 'New World' or more correctly 'New Community') is a resort, an urban-type settlement in Sudak municipality in the Autonomous Republic of Crimea, a territory recognized by a majority of countries as part of Ukraine and incorporated by Russia as the Republic of Crimea. It is known for Novyi Svitsparkling wine produced there. Champagne production was introduced into Novyi Svit by a local landowner, Prince Lev Golitsyn, in the late 19th century. Population: 1,100 (2013 population estimate).

The town is situated in a very scenic area where numerous Soviet movies were filmed. It boasts some fine beaches, a couple of resort hotels (one of which was supposed to be for Soviet cosmonauts), a several km tunnel inside a mountain where a factory stores its products, and a large juniper forest. 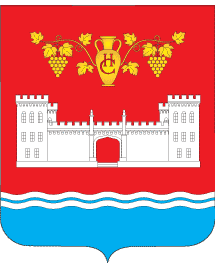