(Ukrainian and Russian: ???????; Crimean Tatar: Alu?ta; Greek: Alouston) is a city of regional significance on the southern coast of the Autonomous Republic of Crimea in Ukraine claimed by Russia as the Republic of Crimea. It serves as the administrative center of Alushta municipality, one of the regions Crimea is divided into. Founded in the 6th century AD by Emperor Justinian, today it is a resort town. It is situated at the Black Sea beach line on the road from Hurzuf to Sudak, as well as on the Crimean Trolleybus line. Population: 28,418 (2013 population estimate).

The area is notable for its rocky terrain due to its proximity to Crimean mountains. There are also vestiges of a Byzantine defensive tower and a 15th-century Genoese fortress of which the city name has derived. The town was called Aluston (Αλουστον) in the Byzantine Empire, andLusta during the Genoese rule. Adam Mickiewicz dedicated two of his Crimean Sonnets to Alushta.

In 1910, 544 Jews lived in Alushta, consisting about 13% of the town population. In 1939, they consisted only 2.3% of the town overall population, numbering 251 individuals. On 4 November 1941, the Germans occupied the town and on 24 November 1941, a unit ofsonderkommando 10b shot to death 30 Jews along with captured communists and partisans. In early December 1941, about 250 Jews from Alushta were shot to death by sonderkommando 11b in the park of trade union sanatorium no. 7, which is today in the local center for children and creativity. 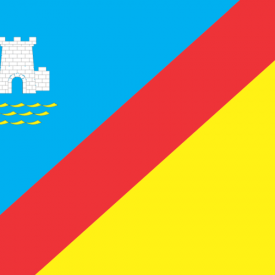