(Ukrainian: ????, Crimean Tatar: Saq) is a town of regional significance in the Crimean peninsula, currently subject to a territorial dispute between the Russian Federation and Ukraine. Although it is the administrative centre of the Saky Raion, it does not belong to the raion (district), serving instead as the center and the only locality of Saky municipality. Population: 23,655 (2013 population estimate); 29,46 (2001).

The exact origin of the present town of Saky is unknown. At the time of the Crimean Khanate, Saky was a small village. In 1805, Saky had less than 400 people, more than 95 percent of whom were Crimean Tatars. In 1827, the first bathhouse was built and ten years later an office of the military hospital of Simferopol.

During the Crimean War, the allied forces landed near Saky between Saky Lake and Kyzyl-Yar Lake and besieged Sevastopol. At the beginning of February 1855, the troops of General Stepan Aleksandrovich Khroulev focused on Saky before attacking the enemy in the fortifications of Evpatoria. The village was completely destroyed by bombing.

After the Crimean War, during the second wave of emigration of Crimean Tatars, the Tatar population of Saky abandoned the ruined village. In 1858, migrants from the region of Poltava settled there, followed a little later by the Greeks of Constantinople.

In February 1945, the British and American delegations at the Yalta conference landed on the airfield in Saky. 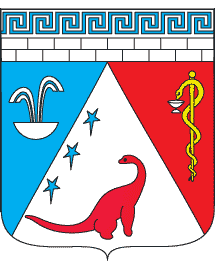