Famous attractions within or near Yevpatoria are:

The first recorded settlement in the area, called Kerkinitis (Κερκιν?της), was built by Greek colonists around 500 BC. Along with the rest of Crimea, Kerkinitis was part of the dominions of Mithridates VI, King of Pontus, from whose cognomen, Eupator, the city's modern name derives.

From roughly the 7th through the 10th centuries AD, Yevpatoriya was a Khazar settlement; its name in Khazar languagewas probably Güzliev (literally "beautiful house"). It was later subject to the Cumans (Kipchaks), the Mongols and the Crimean Khanate. During this period the city was called Kezlev by Crimean Tatars and Gözleve by Ottomans. The Russian medieval name Kozlov is a Russification of the Crimean Tatar name.

For a short period between 1478 and 1485, the city was administrated by the Ottoman Empire. Afterwards, it became an important urban center of the Crimean Khanate. In 1783, with the whole Crimea, Kezlev was captured by the Russian Empire. Its name was officially changed to Evpatoriya ("?????????"- city named after Eupator Dionysius) in 1784. The city was briefly occupied in 1854 by British, French and Turkish troops during the Crimean War, when it was the site of the Battle of Eupatoria. Adam Mickiewicz visited the town in 1825 and wrote one of his Crimean Sonnets here; it was later translated into Russian by Mikhail Lermontov.

The 400 year old Juma Jami mosque is one of the many designed or built by the Ottoman architect Mimar Sinan. 35-metre minarets rose on the flanks of the building. The mosque was of great state significance. It was here that a ceremony of the declaration of rights of the Crimean Khans was held at their enthronement. Only after that they went to their capital, the city of Bakhchisarai.

After the annexation of the Crimea by Russia Yevpatoriya became a residence of the spiritual ruler of the Karaites, the Gakham. In this connection here, a complex of two praying houses was built under the supervision of the Rabovich brothers, in which forms of the Renaissance and Moslem architecture entwined in a most unusual manner. The ensemble organically incorporates three courtyards. The entrance to it is marked by the gates, built in 1900, which look like a refined triumphal arch.

Today Yevpatoriya is a major Ukrainian Black Sea port, a rail hub, and resort town. The population swells greatly during the summer months, with many residents of northern cities visiting for beach recreation. As such, local residents are heavily employed during summer months but are often underemployed during the winter. The main industries include fishing, food processing, wine making, limestone quarrying, weaving, and the manufacture of building materials, machinery, furniture manufacturing and tourism. The National Space Agency of Ukraine has ground control and tracking facilities here.

Yevpatoriya has spas of mineral water, salt and mud lakes. These resorts belong to a vast area with curative facilities where the main health-improving factors are the sunshine and sea, air and sand, brine and mud of the salt lakes, as well as the mineral water of the hot springs. The population of the town is sure to have known about the curative qualities of the local mud that can be found here from time immemorial, which is witnessed by the manuscripts of Pliny the Elder, a Roman scholar (ca 80 BC).

On December 24, 2008 a blast destroyed a five story building in the town. 27 people were killed. President Viktor Yushchenko declared December 26 to be a day of national mourning.

Two beaches in Yevpatoria have been Blue Flag beaches since May 2010, these were the first beaches (with two beaches in Yalta) to be awarded a Blue Flag in a CISmemberstate. 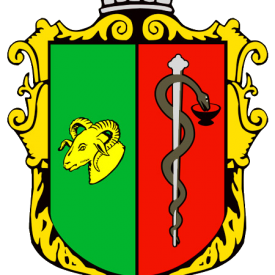